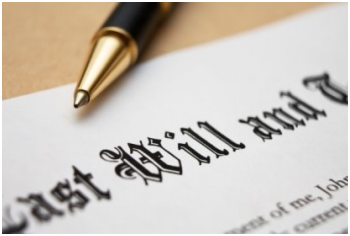 Husband Barney, 64 and wife Lisa, 45 decided to setup a SMSF using a corporate company as trustee.  The SMSF invested in a residential property, Australian Shares and a Managed Fund.

Barney & Lisa have 2 young children from their marriage.  Barney also has 2 adult children from a previous relationship, Jessie who is the oldest girl at 30 and Jason who is 25. Jessie is married with children of her own and Jason is young single and travelling the world.

Barney has a super benefit of $560,000 and Lisa a super benefit of $140,000.  Both have a will and named Jessie as their executor (Legal Personal Representative).
Neither Barney nor Lisa had Binding Death Benefit Nominations in their SMSF. Lisa had expressed her wishes to Barney for her super monies to go to their 2 young children, however Barney wanted the super money to go to all four of his children equally. They have also written this in their will.

Unfortunately Lisa was diagnosed with aggressive terminal cancer and died within weeks of the diagnosis. As Barney was the trustee he abided by Lisa’s wishes and paid her benefit to their 2 young children.
Lisa was removed on death as a director of the trustee company and Barney continued on as the only director and his super benefit remained in the fund.
Barney died a couple of years later from a heart attack.  As Barney has died his legal personal representative needs to step in as the single director trustee, being Jessie.

In the circumstances as there is no binding death benefit nomination and the will cannot control superannuation monies, it is up to the trustees discretion on who the benefit is paid to.
Jessie feels that she is more entitled to the money than anyone else and has decided to pay the entire benefit to herself.
Jason was very upset as he believed he was getting a quarter of the fund, the young children had no idea what was happening.

Jason engaged a solicitor and challenged the trustee’s payment of the benefits in court as his father had expressed verbally to Jason and also in his will that it was to be divided up equally.
The courts ruled that Jessie was able to pay the entire benefit to herself as there was no binding death benefit nomination, the will cannot control superannuation and the verbal expression was only a wish and not binding. The law states it is the remaining trustee’s discretion as to where the money is paid when there is no binding nomination.

Alternative Result:
If Lisa had completed a valid Binding Death Benefit Nomination (BDBN), she would not have to rely on Barney doing the right thing and paying her benefit as per her “wishes”. Barney would be legally obligated to payout as per her BDBN.
If Barney completed a valid BDBN, Jessie would not have been able to get away with paying the benefit to herself. She would be legally obligated to payout the benefit as per the BDBN in 4 equal shares, and all of the children would be provided for as per Barneys “wishes”.

If you would like to learn how not to leave behind a financial mess for your family, then register your interest for our FREE “Is your retirement plan measuring up?” seminar, where we will discuss this topic and more.

Thank-you to all those people who have already booked!